This is a long one today kittens, and if you can’t handle reading, take a hike.

I am on a journey of self-love [I should probably tack on ‘Get Ego in Check’.]. On this journey I’ve decided I need to rid myself of my scarlet letter.

It’s something I don’t talk about anymore because of various reasons. 1.) It’s not really anyone’s business but my own, quite frankly. 2.) The reactions were varied, some respectful, yes, but still leaned towards eye squinting and forehead slapping. 3.) I was getting tired of it being up for debate with people and them guessing the reasons why, so I just ended the topic.

I AM A VIRGIN. Scarlet ‘V’, bitches. That’s right, this mouthy, tough talking, jay walking, whiskey drinking, son of a bitch is a virgin.

I have never had anything betwixt my nether regions. I have never gone further than kissing. And I haven’t done that in nearly 10 years. And it’s all for one simple reason. Something most people don’t even think of, which is sad. Everyone automatically assumes it’s because I’m waiting for marriage, the perfect guy, or because I’m intensely religious.

Let me give you the 411 on this. I used to be waiting for marriage in high school because I genuinely thought that I was going to fall in love at 17 and get married by 19. I never in a million years thought that I would be closing in on my 30s with such little experience.

And thank the fucking good Lord that I stopped being so naïve about how my life would turn out. Things happened the way they were supposed to and I’m so grateful for that.

‘The Perfect Guy’ never came. (And neither did I, heeyyyyoooo… … … I hope any family that’s reading this stopped before I made that joke. Although my mom would think that was funny.)

I’m not intensely religious but I’m spiritual. Now, I know people say that as a cop out to going to church, but I really mean it. Which is why I’m on a journey to change the way I talk to/treat myself and I’m asking not just the Universe for help, but my favourite G.O.D. …We’re cool like that, we have nicknames for each other. He calls me The Big V. Which isn’t very flattering, but He’s God, He does what He wants!

The reason is: I’ve never been in love.

Boom. This rarely came up in conversations when this topic was put on the table for discussion.

I have been asked if I’m a lesbian, been told that I should date guys that are my “level of experience, you know, high school guys” [This I hear at 27.], had this dissected between complete strangers because one of my sisters friends brought it up to her group of friends, and thought to be “A-sexual”.

You caught me. I’m A-sexual. A Sexual Being Who Has Never Had Someone Love Her Enough to Bust Down Her Walls and Try To Be With Her. THANKS FOR THAT REMINDER RANDOM PERSON I’VE NEVER MET.

Okay. She WAS trying to defend me in a nonchalant way against someone who shouldn’t have even brought this subject up because it’s none of her damn business what I do with my basement business.

This is why I don’t talk about it anymore because it has become my Scarlet Letter. I feel like people can see it branded onto my forehead.

It’s not that I’ve never had the opportunity. I have. I just didn’t take it because things like this come out of guys mouths:

“I don’t want you to get clingy.” Oh, I’m sorry. You’re a sex god that changes peoples personalities with your penis? Magic!

“I don’t want to take your virginity. That’s a big responsibility.” I can’t even articulate how much that one enrages me. I’ve spent the last 10 minutes trying to figure out a response, and it’s not happening. You can’t take something that I don’t want to give.

“So, you’re a lesbian then.” * Slaps forehead *  No. I like dudes. Although right now I’m wondering why.

“You’re really intimidating. I feel like if I kiss you you’re going to punch me in the throat for touching you.” To be fair, I DID pistol-whip that guy with my phone because he jumped me like a dog humping someone’s leg. And I’m not talking an iPhone. I’m talking those gigantic flip phones that have walkie-talkies in them. But here’s the thing: Coward.

“Wait…you mean to say you have never had sex? Don’t you want to just get it over with at this point?” Uh. No. I still have not just my legs crossed, but also my fingers crossed that a decent human being will come along.

And my personal favourite: “I’ll take your v-card, it’ll be like doing you a favour.” I’ll do you a favour. I’ll walk away instead of horse kicking you in the junk for being such a fuckwit.

Don’t get me wrong, I do get nice comments, healthy minded people with lovely thoughts on it, and people who just GET that losing my virginity isn’t about getting rid of it at this point just because I’m hitting the tail end of my 20s.

For so long I’ve been using it as a shield against assholes, drop that bomb and they run off. For awhile that was kind of fun. I’ve been embarrassed by it. I’ve been ashamed of it. And I’ve wondered what the fuck is wrong with me that no one would love me enough to share in that experience? I’ve wondered this so many times it’s like a fire in my guts when I think about it.

I have to remind myself that it’s just because of one tiny flaw in my system:

One where I want to be loved.

Which is not a flaw. That’s fucking awesome, responsible, healthy, and down right human of me.

But it can be isolating. I don’t get to talk to my friends when they bring up sex unless it turns to the “So why haven’t you lost it yet?” string of that talk.

I want to be able to trust someone enough that when they see me naked they won’t make this face:

In regards to my lack of experience, lack of romantic love, and lack of self love about this topic, I say to all you other unicorns out there:

Your journey is your own and you can live the life you want and if other people don’t get it, that’s perfectly fine. You aren’t living your life for them anyway. You are here for you. You are here to learn lessons, love, be kind, and to grow as a person. You aren’t here to pander to morons who are hell bent on NOT understanding you.

I don’t slut shame, so don’t virgin shame me.

I’m supposed to be doing this on my own for now, and someday I’ll grow enough that I won’t feel petrified if someone sees me naked. Because THAT person will be my person, they will already have shown me their kindness, their patience, and their controlled lust for me where they are also being respectful of my wishes and not trying to pressure me into anything or make me feel like a fucking twat for not having my twat fucked.

Oh gross. I can’t believe I just wrote that. I was doing really well in being normal for a hot minute.

…I use jokes to cover up my obvious embarrassment.

I won’t ever lose my virginity. I’ll know where I put it, and it’ll be tucked away safely with someone I trust.

Keep moving forward in any direction you bloody well feel like it. 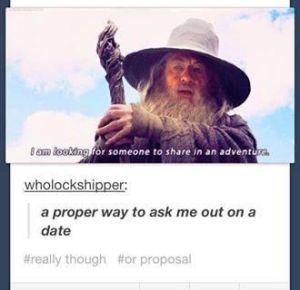 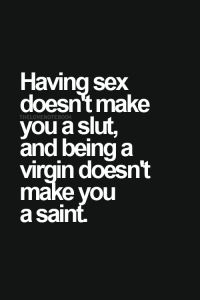