I mentioned earlier this week that I’ve been doing some self love stuff.

Now, I’ve been following the lights one of my friends is leaving on her path, I’m not sticking completely to her road since I like to make my own, and I know that following other peoples journeys isn’t mine, but here is her link if you want to follow her and become a Starlit Soul!

I’ve always been interested in soul stuff, I am a Catholic, I love God, I love love, I love the universe and all it’s brought me. I don’t denounce my religion in the least while I’m searching for other ways to connect myself mind, body, and mainly spirit to the universe. Just sayin’, you can be into your religion and still practice these things because they are just making you more attached to the good stuff and making you a better version of yourself, which is what God is looking for, yes?

So, while I’m not completely like HEY GOD LOOK AT ME AREN’T I A GOOD GIRL?! HEY GOD! HEEEEEEY GOOOOOOOOOOD! I’m still like Yo, bro. See what I did there? Thanks for helping. 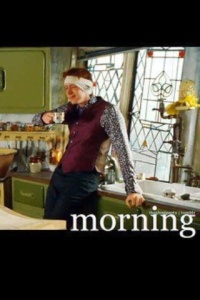 I’m just using the tools the big guy gave me. Which is me and the earth.

I have been working with crystals, not intensely, but I’ve been testing out their magical powers. They do not glow. Just so you know. Which is kind of disappointing. But they do make me feel better, some intensify my energy, some sooth it, and all just make me feel more connected.

Can I say “connected” more? Haha.

Anyway, all of the trying-to-get-magical-powers aside, I’ve been working mainly on affirmations and self healing via self love.

I’m a negative person in my mind when I talk to myself, I’m not particularly kind when I look in a mirror at what I’ve done to my pet body, I yell at myself when I’m working out and calling myself names.

So what do you do when you can’t even stand yourself anymore? When you are bullying yourself to the point of depression, weight gain, blah blah blah? (Old record screeches.)

Reading Heathers stuff it made me see the similarities in how we were treating ourselves and that we were heading in the same direction towards this our entire lives.

While she was quietly contemplating her own self esteem issues and confidence, I was quietly doing the same.

I’ve never properly fit in with people, and in a sea of faces that barely registered my specialness here was a soul that pinged with mine when we were teenagers and even though circumstances led us down different paths away from each other, we’ve somehow met back up on this road. It was inevitable.

I’ve often thought about a pivotal moment in my high school years that she was there to witness and partake in. (Likely without knowing it.)

I’m not so good with the mathy math, instead of studying I would write my friends notes and was far more interested in trying to get guys to acknowledge how pretty AND funny I am. (I’ve gotten over that.) So in the 9th grade, one of my most important moments came when I was FINALLY in a drama class. I was finally where I was supposed to be. I was doing something that made sense. And this all came to me as I was yelling jibberish into Heathers face, as she was trying to do that same, and laughing so hard my guts felt like they were on fire with purpose.

I’ve always known that if I had just stayed in that class that I would have gained more confidence in myself, I would’ve bloomed like a son of a bitch, and been more in tune with my body.

But I did this to myself and I was forced out of there into another math class because I failed and spent the rest of the semester having my mind be like “I’m just going to sit in the corner and talk about how stupid you are.”

My soul hid behind her.

It took me years to work through all of that and now I’m so grateful that Heather is back again and helping me to work through the damage that I did to myself all those years ago.

But to be fair, I failed the first math class with like a 48%…what kind of turd blossom doesn’t give a kid a second chance and extra credit when they are that close? Even my bitchy French teacher did that for me and she hated me and I hated her. So what the hell?!

Anyway…common sense aside, I was supposed to be telling you about my current self love healing technique.

Now, I have a handful of affirmations that I think are both hilarious and make me feel powerful.

“I am mighty.” Is one. And it both makes me think of being strong and Firefly. Which also makes me feel powerful. 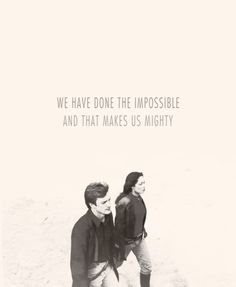 “I am powerful.” Obvious.

“I am Thor!” Okay. That ones a little off, but he is also mighty and powerful, so give me a break. And look at this guy? Don’t you want to feel as powerful as he looks? 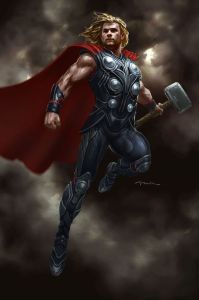 And while affirmations are the greatest, I’ve basically taught myself this fun, and slightly flirtatious, thing that I do before I get into the shower.

And I only do this before I get into the shower because I’m already naked.

I start from the top of my head and work my way down to my toes and touch on every body part and tell myself either that I love that body part or something I love about that body part. And honestly? It feels like I’m flirting with myself, and it makes me feel good because I love me. 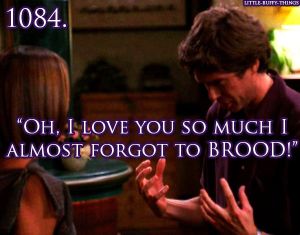 Instead of focusing negative energy and thoughts at my body when I’m naked, I ignore those and think of stuff that is positive and loving.