Admittedly, I didn’t know Roald Dahl even wrote this. I thought it came from the likes of someone with a twisted mind like Tim Burton.

Well, given what his other books, I wasn’t totally wrong.

This book was good, but had some serious darkness in it. I didn’t like reading to the kid that the foxes were trapped at one point and that the evil farmer was trying to basically set them on fire.

Not exactly kid friendly those bits.

Plus the foxes were starving to death at one point I think.

It’s okay though, they build a small society with their other animal friends.

I don’t 100% remember this book, so maybe read it before you read it to your kid.

Charlie and the Great Glass Elevator

I didn’t know this book existed. This follows Charlie, his grandfather, and Willy Wonka on their adventure after they burst through the roof.

There’s probably a reason why I never knew this existed, and that’s because it turns a little sci-fi on us and moves away from the classic Chocolate Factory aspect of things.

They end up going through space, then nearly being gunned down by the army, and a whole slew of misadventures.

It was still cute, but not as good as the first, which is probably why he never revisited these characters again. 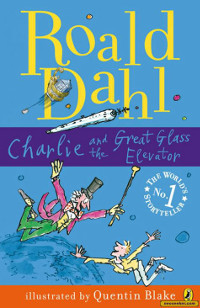 Another weird one for the record books. But only in that it had an odd magical element, nothing truly creepy or life threatening could come of this one. It was just about a little girl who was mad at the neighbours for hunting and turned them into birds.

I’ve heard about this book for awhile, it’s noted as one of his best, and I can’t agree on that. I definitely enjoyed Matilda and Charlie and the Chocolate Factory better. Hell, I enjoyed The Witches better.

The Twits was good in that it was odd, but that’s where it ended. I didn’t like them at all (I’m guessing you weren’t supposed to) and I can’t stand books where it’s teaching kids new ways to be bad.

But then again, I guess it’s also teaching kids what retaliation is for when you ARE bad. Because there’s a monkey uprising in this.

Danny the Champion of the World

I love a good gypsy story, but I think I’m just on the outs with Roald Dahl at this point. Reading the entire collection he has to a kid over the span of months is really daunting if you find some of his stories to be flipping weird.

On the one hand, this story was sweet because it was about a father and son, how they plot ways to get back at a mean man, but on the other hand: I can’t read anymore of these books.
Yeesh. Maybe it’s just the way I perceive them, maybe other people see the good parts where the villain is conquered, but I just see these books as a ‘How-to’ on misbehaviour.

I bet I would’ve loved these books as kids! To see adults get their comeuppance for keeping the kids spirits down! But as an adult I can’t help thinking what little brats some of the kids in these stories are.

Anyway…. this wasn’t the worst of them. I’d say you could read this to your kid, no matter what age. 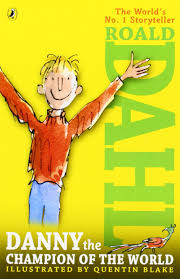 So that’s the last of the Roald Dahl! Next week will be back to regular programming!

(Especially since the kid wants me to sing to him at naptime instead of read to him.)